“Hello World”: Talking the History of IntelliSite with its Founders, Jorge and Mario Campos 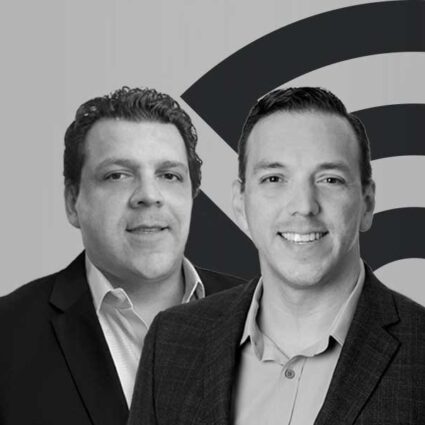 “…Our lives went in separate directions, and all I kept thinking was, my dream of owning a computer consulting business with my brother is over.”

Inspiration can come from the most unlikely places. In this case, an ad in Popular Mechanics, money from a yearly bonus, and a custom order at Xerox were the breadcrumbs that would eventually lead to the formation of one of the most innovative companies offering AI-enabled IoT solutions: IntelliSite.

The year was 1983. In Costa Rica, Jorge Campos, age 9, and his brother Mario, age 5, came across an ad in Popular Mechanics featuring the Apple 2 computer. It was love at first sight.

“Jorge said, ‘We should get one of these.’ But what does it do—I don’t know?”

Four months later, the computer had arrived, but their parents made them wait  until Christmas morning to open it. Jorge and Mario unboxed the Apple 2 and, after spending a few hours just trying to figure out how to plug it in, finally turned it on, and…nothing. The only thing visible was the classic “Command:” prompt. The brothers, however, were not to be deterred.

Mario reflects: “We sat there all night with a dictionary because Jorge and I didn’t know any English, translating the manual to try and figure out what we were going to do with a computer.”

“For the whole first year, we didn’t know the Ctrl-Alt-Delete function, so we always had to turn the computer off instead of rebooting it when there were issues.”

Speaking of issues, there was the business of saving their work – they didn’t know how to do it. So, in the early days, all their work in each session was printed out and dictated back by Mario to Jorge so they didn’t lose their coding work – only then could they move forward.

To augment their efforts, their mother picked up the BASIC programming language book for them, which further catapulted their computer skills.

As a result, the first program they ever wrote: “Hello World” printed over and over again on computer paper.

As the brothers became more familiar with coding and data storage and management through a lot of trial and error, they created their first job by building a database for the national elections (which are a big deal in Costa Rica), thus starting their entrepreneurial and industriousness to make money at the tender ages of 11 (Jorge) and 7 (Mario), and continuing to this day.

The database was used to track a number of things, such as the people that were lending cars for people to vote from rural areas, the routes taken, which polling stations people were going to, etc. Originally all recorded by hand, Mario and Jorge’s database expedited the process dramatically. Remember, there was no Lotus 1,2 or 3, let alone Excel or Access at the time — these were hand-programed tables. Dressed in their finest suits, Jorge and Mario spent the entire election day running around doing tech support and making sure their software ran seamlessly. The day was a resounding success.

As computers and technology started to come more into the mainstream, Jorge and Mario formed their own company, Quick PC Support (later named “QPCS” as they ventured beyond computers) and attracted numerous clients, offering inventory software to local businesses to track and manage their supplies. Jorge and Mario provided an end-to-end service, helping these companies allocate, set-up, and run their computer systems and programs, similar to the full support they would end up doing for IntelliSite later on.

By 1989, Jorge, at the age of 15, graduated high school and headed off to college to study agricultural engineering, leaving Mario the sole proprietor and tech wizard of their small company. Mario, who was by then the ripe age of 11, took the reins in stride – sometimes triaging problems on his lunch hour during school (school days went from 7:00am – 5:00pm).

However, due to life’s changing circumstances and opportunities, that meant the close partnership Jorge and Mario came to an end – but for how long?

That’s a story for another time.