The Effects of Illegal Dumping 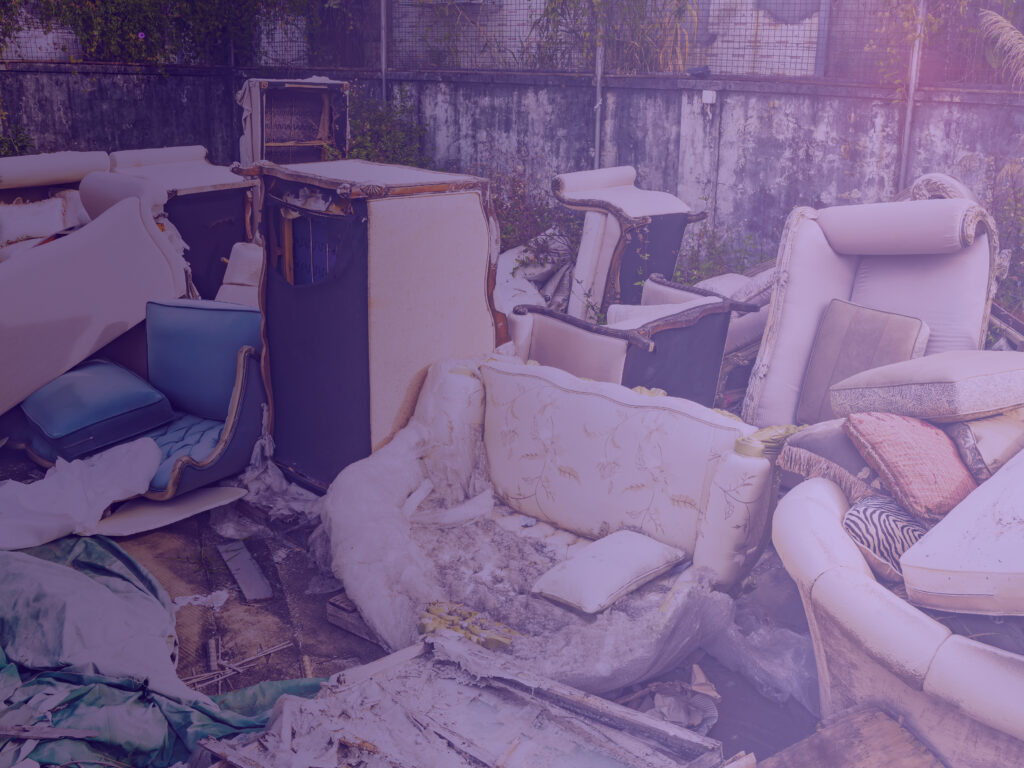 For communities, illegal dumping is so much more than just a “mild inconvenience.” It’s harming them in a wide range of different ways, some of which could have a permanent impact.

Not only does illegal dumping often led to dirty parks and streets, but there is also a significant environmental impact as well. As will be covered below, environmental hazards include water sources that could become poisoned, making them dangerous for those who live in a community. Contaminated soil is also a possibility, which could make it difficult to grow plants, fruits, vegetables, and other items. This, coupled with the actual cost of moving trash to the proper location after the fact, creates a perfect storm in the worst possible way.

What is Illegal Dumping?

Illegal dumping is about more than just putting garbage where it shouldn’t be. You’re talking about potentially massive amounts of trash being disposed of in inappropriate locations which can include but is certainly not limited to items like yard waste, appliances and even alleys.

This isn’t simply akin to taking something that should be recycled like glass and putting it in a regular trash can. It’s a far larger problem with severe long-term ramifications, which is why it needs to be addressed at all costs. As the following sections will describe in greater detail, those ramifications include hazards to the environment like poisoned water supplies, dirty streets that make people not want to live in a particular area, and more.

Why Illegal Dumping Must Come to an End

By far, the most important thing to understand about the effects of illegal dumping has to do with the “human” cost it brings with it.

If items are illegally dumped in a community park, for example, parents won’t want their children to play there. This will cause the community to develop a reputation which will impact who decides to look for a home there in the future.

Illegal dumping also often creates dirty streets, which can negatively affect a neighborhood in much the same way. If the issue is allowed to go on for a long enough period, even adults will begin to feel unsafe in their own neighborhoods. This could not just limit who wants to purchase a home there, but it could cause longtime residents to pick up and leave as well. Both things create another major downside: the impact illegal dumping brings to home prices. There are a wide range of different factors that increase or decrease home prices beyond the overall quality of the home itself.

The reputation of the local school district is a prime example of this – but the community itself plays a big role, too.

Simply put, nobody is going to want to live in an area that has a reputation for A) being overly dirty, and B) putting up with illegal dumping and related activities. The less desirable a neighborhood becomes, the more it decreases home prices.

The Environmental Impact of Illegal Dumping

Yes, all the aforementioned points are bad – but the situation is particularly dire when you consider what illegal dumping does to the environment.

According to one recent study, more than 100 million tons of waste have been illegally dumped worldwide. In the United States, citizens are responsible for about 1.5 million of those tons on an annual basis.

If illegal dumping is allowed to continue this scale, both the soil and water in a community can become contaminated. Not only will this make it harder to grow things in the area, but it could easily make people sick as well.

Local wildlife can be disrupted as well. This can harm the already fragile ecosystem, creating an unpredictable negative ripple effect that can last for years.

Additionally, illegal dumping can easily increase the risk of natural disasters, which is part of the reason why it must be disposed of very specifically in the first place. Garbage is often flammable, for example, and if it combusts it could cause a fire and release harmful gasses into the air. All these things have potentially deadly consequences in more ways than one.

At EPIC iO, we understand just how devastating illegal dumping can be – which is why we’ve designed an innovative solution that can help to identify and prevent instances of illegal dumping, all in the name of helping officials create the cleanest and safest communities possible. It brings together the best of the Internet of Things, software, visualization, and artificial intelligence to do this using DeepInsights software as a way to process and analyze all incoming data as quickly as possible.

EPIC iO has a variety of options for you to choose from as well. This includes our solar trailer that allows officials to analyze the data that is being collected, overing high quality and high-volume processing that works well in both rural and remote locations – even when no additional power source is present. That data can be processed quickly via UIG to make sure you have the most complete information to work from moving forward. In addition to giving, you the ability to review when illegal dumping occurs, this can also be a way to issue tickets. A voice system can even be used to scare off illegal dumpers before they’ve had a chance to act.

Because no two environments are created in quite the same way, our solution also employs different cameras for different scenarios that you may face. Some of them are mobile, for example, offering complete control over where they’re positioned to address any specific problems you may have. You can easily shift them as dumpsters find new locations without purchasing additional equipment.

If you’d like to find out more information about the effects of illegal dumping, or if you’d just like to learn more about what our solution can do for you, please don’t hesitate to contact EPIC iO today.