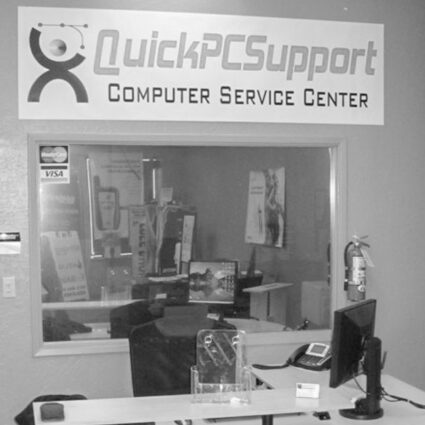 In part 1, we discussed the early years of Jorge and Mario and their journey into technology.  The last we left them, Jorge had left for college and it looked like the brothers’ business was over shortly after it began.

Jorge and Mario both had their individual experiences spending time in the U.S. – Jorge for an internship with John Deere in California working as a programmer and Mario as a high school exchange student staying with family friends in Virginia and North Carolina. In fact, a few years later, Mario found himself working for John Deere while Jorge was back in Costa Rica working as an agricultural engineer at a bank (in the same bank their father worked).

Read the first part of this amazing story

Taking some time off before pursuing college and determined to live in the US, Mario took any type of job he could, such as construction and roofing, working long days and nights while self-educating himself on computers to build a better life. Mario worked hard to become a certified Microsoft engineer, and succeeded in gaining his certificate in mere months.

Thanks to a friend in tech support at John Deere, Mario gained experience taking easy support service calls. After proving himself in support, he eventually rose in the ranks to become a senior lead programmer managing a large team under him and traveling the country integrating John Deere software in clients’ enterprise systems.

Finally, in 2000, John Deere announced they would no longer be doing tech support, where someone else would have felt deterred, Mario saw the seeds of opportunity in this decision. He approached John Deere management and asked if he could continue providing these tech services as an independent contractor on the side, they agreed. Mario then convinced Jorge to move back to California to take advantage of this great opportunity. Jorge agreed.

On his decision to leave banking, Jorge remarked:

“I looked at the VPs of the bank, and in these positions, they live at the bank…and my brother is doing incredible things with computers and tech. I just couldn’t pass up the chance to work with Mario again – I quit.”

Mario was still working for John Deere and moonlighting with Jorge on the side, sometimes pulling all-nighters wiring a building in which he would only stop home to shower before heading back to the office to start his day. Jorge also went back to school to study computer science.

Three years later, as the side business became more lucrative, Mario quit John Deere to work full time on Quick PC Support. As in Costa Rica, Jorge and Mario built a growing client list while working out of their garage in Oakdale, CA. They ran the gamut in regards to IT services – building routers, hosting email servers, hooking sensors up to computers (the beginning of IoT), etc.

One day, Mario got a call from their lawyer who said his friend Paul needed some tech help, and provided an address for Mario to visit. The address was for Livingston City Hall, where it turned out Paul was the city manager. This would prove to be the birth of the company’s public sector engagements and the early seeds of today’s SCaaS solutions.

Initially Paul needed IT support for a quick response security computer request. Mario quickly assessed the possibility for a larger engagement based on the state of the city’s servers, computers, and other tech. Together Jorge and Mario put together a proposal and presented it at the next council meeting. Jorge and Mario impressed everyone in the room, and were given the IT contract for Livingston.

This was the first city contract of many, eventually winning bids for entire counties. Just like his childhood, Mario drew from his entrepreneurial spirit and went town to town, knocking on doors to see if they could address any of their IT needs, leveraging their work with Livingston as a selling point. And again, similar to their childhood business, the number of city contracts grew.

“Working with cities is all about integrity; they have to feel that you are the right person for the job and that you’re going to treat them right.”

Within months (due to different regulations and standards), Jorge and Mario began working with Livingston’s police department by updating their tech and systems. This additional service further expanded their campabilities, and more and more city police departments signed on for their expertise.

In our final installment of “Hello World,” we’ll discuss Mario and Jorge’s adventure in working with city governments and how these learnings translated to what IntelliSite has become today.

Until then, we encourage you to visit our website, schedule a short demo, and/or contact an IntelliSite expert to learn how our next-gen solutions can bolster your business.