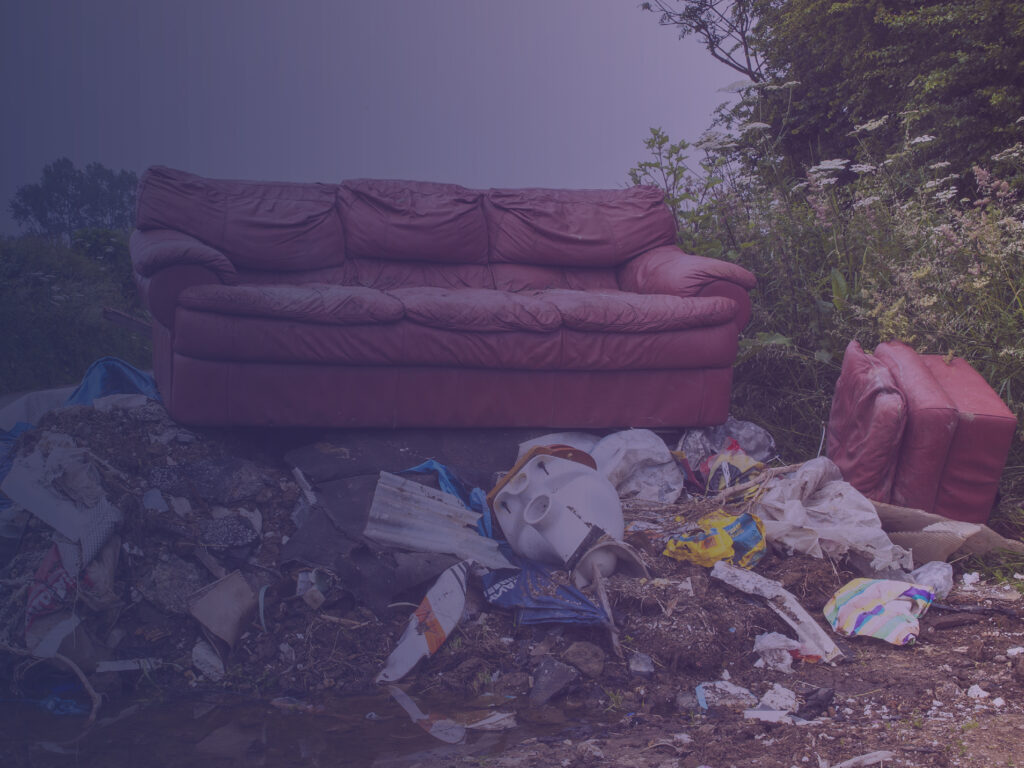 However, illegal dumpers don’t just dump on forested land. Illegal dumping often takes place in remote places, like unattended vacant lots, old buildings, and in alleyways to name but a few. Typically, people resort to illegal dumping because they want to avoid the costs associated with trash removal or because they’re too lazy to go to the proper dump site. In this post, we offer some tips to help law enforcement and other city and state officials prevent illegal dumping.

According to a recent CNN report, many police departments around the country face staff shortages. Over the last several years, these police departments have lost many critical workers, from 911 operators to police officers. Staff shortages make it challenging for law enforcement and other city and state personnel to stay on top of issues like illegal dumping.

This can have long-term effects on community morale, because residents may begin to feel as if the cleanliness of their city isn’t important.

Technology, like our mobile solar cameras and our solar trailers, can make up for a law enforcement shortfall. Both solutions offer tangible, yet slightly different, advantages for the law enforcement personnel that need to use them.

The cameras are easy to move and can quickly be picked up and moved from one location to another. If time is of the essence, our solar cameras give city and state officials a quick, sometimes interim solution, until another one can be implemented. The cameras provide some basic data that law enforcement can use to track illegal dumpers.

On the other hand, our solar trailers are a bit harder to move. They require a truck to get from one place to another. However, the data that they provide is more in-depth than the data that law enforcement can get from solar cameras alone. As with most problems in life, the more in-depth and accurate data that you have about a problem, the more complete solution you can provide. This is where the solar trailers shine.

As many city and state professionals know, it isn’t unusual for dumping sites to “move.” As illegal dumpers begin to suspect that their favorite dump spots are under surveillance, they’ll find other spots to dump, and when they move their dump spots, the cameras and trailers can move with them.

As far as tips to prevent illegal dumping, these are some of the most practical. It isn’t an exaggeration to say that solar cameras with License Plate Recognition (LPR) can become the eyes and ears for short-staffed law enforcement communities.

The effectiveness of this shouldn’t be overlooked because of its simplicity. According to How Stuff Works, installing cameras has been shown to reduce crime by between 17% and 41%.

Preventing illegal dumping in these areas is often as simple as installing a security fence around the area. Putting up signs and installing obvious security cameras count among some of the most common deterrents of illegal dumping.

These “stoppers” work in the same way that parking an empty police car in a high-traffic area does. Speeders don’t know that the police car is empty until they’re upon it. By then, they’ve slowed down.

A security camera coupled with a sign, voice-down warning technology, and a fence work in the same way. If dumpers know that the technology will take their license plate number, they’re less likely to dump because they can be tracked. It’s the security camera equivalent of the empty police car.

However, there’s another benefit to this setup. It sends a message to the community that law enforcement is taking care of this public nuisance. It’s a logical extension to many neighborhood watch programs.

The technology in the LPR cameras also allows for data analysis that can do some of the heavy lifting for short-staffed law enforcement communities. License plate numbers stay in the database, giving law enforcement access to that information later.

This allows law enforcement to issue tickets and other warnings to illegal dumpers. This becomes a source of revenue for strapped police departments.

People who dump illegally because they’re either too lazy or don’t want to spend the money on city dump fees will think twice about their habits. If it’s going to cost them either way, then they may as well learn to take their trash to the dump.

State and local officials who learn how to prevent illegal dumping save money on trash removal and provide a cleaner, safer community for residents. Fortunately, illegal dumping can be stopped by employing some simple steps. Installing moveable solar cameras, limiting access to dump sites, and ticking dumpers count among the easiest, yet most effective, ways to stop this practice.